Day 2 (06.02.2016) Rio de Janeiro
Breakfast at the hotel
Excursion to the Sugar Loaf & City Tour (4 hours)
You will go all the way up to the top, in two steps by cable car, from where you’ll enjoy the beautiful view of Rio de Janeiro’s Copacabana beach, the bay, the surrounding mountains, the islands in the ocean and Rio’s landmark – the Chirst Redentor
After this amazing experience you’ll go to the city center and the old town of Rio, with its antique churches, the main cathedral of the city, as well as buildings built in colonial style

Day 3 (07.02.2016) Rio de Janeiro
Breakfast at the hotel; Free time. We advise you to relax and prepare for the big Carnival party coming up! A fantastic evening is waiting for you – Rio’s famous Carnival!
You will be picked up at your hotel and taken to the Sambadrom. You will see the representatives of the best Samba Schools of Brazil dancing and singing in front of you in their marvelous colorful costumes. And you can enjoy this mind-blowing show the whole night – as long as you want to! You also have the option to be taken back to your hotel – in case you are too tired – after every samba school

Day 4 (08.02.2016) Rio de Janeiro
After breakfast enjoy a free day to discover more of the city by yourself or ask for our
optional tours

Day 5 (09.02.2016) Rio de Janeiro
Tour to Corcovado Mountain + Crist the Redeemer Statue (4 hours)
After breakfast you’ll set off on a tour through the city. Arriving at the station, where the environmentally friendly train will take you through the jungle to the top of Corcovado. On either side of the railway you will have spectacular views of the Tijuca forest, inhabited by monkeys and other exotic animals and birds. At the top of Corcovado, at an altitude of 700 m above sea level, stands the landmark of Rio – the Statue of Christ the Redeemer (38m), which was built in 1931. You will have a breathtaking panoramic view of the metropolis and its environs Bridge Niteroi, Guanabara Bay, the Botanical Garden, the world’s largest soccer stadium, Sugar Loaf, and more is possible from the top of Corcovado

Day 6 (10.02.2016) Rio de Janeiro to Foz de Iguacu
Breakfast at the hotel; Transfer to the airport, flight to Foz de Iguacu, where you will be picked up and taken to your hotel

Day 7 (11.02.2016) Foz de Iguacu
“Breathtaking, spectacular and not to be missed”
The Falls are one of the great natural wonders of the world and located in the National Park with its unique flora and fauna, on the borders of Brazil, Argentina and Paraguay. The area is on the UNESCO World Heritage List, which consists of 275 separate falls; the highest fall, which is called “Devil’s Throat”, reaches 70m, which is 1,5x the height of the Niagara Falls. It represents one of the most beautiful tourist destinations in the planet and it has unrivalled naturalriches.

You will start your tour to the Brazilian site of the magnificent Falls. The splashes coming from the falling water make you feel the falls grandeur and cover the sky with thousands of rainbows. After visiting the national park you will take the so called Macuco Safari – a journey through the jungle – firstly on the back of an open jeep for about 3 kilometers, with a guide who will tell a lot about the ecology of the region. Then you’ll go on foot to the river Iguacu, where a motor boat will carry you close to the waterfalls. You will also visit the Birdpark, where colorful toucans and macaws fly freely around your head. In the evening you will be transferred to your hotel with an English-speaking guide

Day 8 (12.02.2016) Foz de Iguacu to Manaus, Amazon
Breakfast at the hotel; Transfer to the airport; Flight to Manaus.
Arrival in Manaus; transfer and hotel accommodation; Dinner and evening tour by canoe to the habitat of alligators (all trips to the Amazon group with an English speaking guide)

Day 9 (13.02.2016) Amazon
Breakfast at lodge; Hiking tour in the jungle with an English speaking guide and nature expert – you will get more familiar with the unique nature of this region. Return to the hotel for lunch (local cuisine). After a short rest you’ll visit a typical home of local residents, then you’ll take a fishing trip, during which you can catch piranhas. Dinner in Lodge

! Hotels can be changed for other of the same category.Some 5*/4*/3* hotels outside big cities do not correspond the world standards of 5*/4*/3*, however are formally considered to be 5 star hotels. We keep the right to correct the program due to unexpected changes that do not depend on us, such as weather conditions, graves, road conditions, force major, health problems, etc. All changes can be made only in order to provide better conditions and safety to our clients. 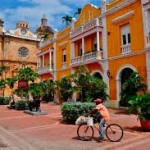